Tibor Csenger: our goal is to find solutions to the problems of the region

A press conference on the RE-START action plan was held by organizations undertaking the project.

According to Tibor Csenger the vice chairman of the General Assembly of Nitra Self-governing Region, the Ipel-region is an exceptional region. The region is divided by the Ipel river and the regional problems are almost the same on both the Hungarian and the Slovakian side. The region has an aging population and its ability to maintain its population is decreasing, therefore steps must be taken to prevent this. The RE-START action plan’s goal is to find solutions to these problems or at least lessen their severity. The investment from the program is implemented in synergy: in Chl’aba an old school building is being rebuilt for new homes, where traditional activities as well as recreational activities that help active old age will be available. 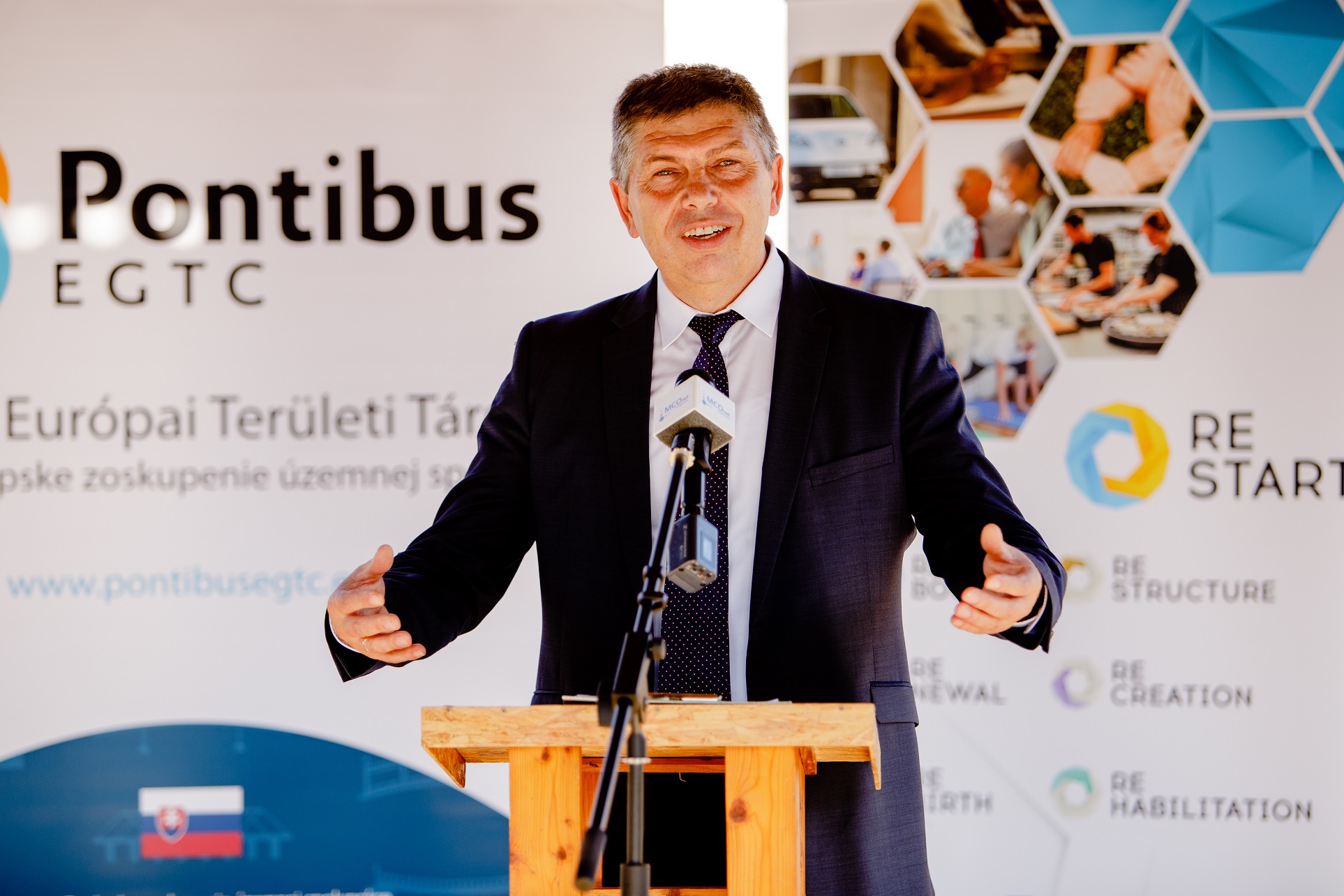 The vice chairman announced that by the end of 2022 the bridge connecting Chl’aba and Ipolydamásd which is a result of another cross-border project will serve as further incentive for cooperation on the RE-START action plan on both sides of the border.

The action plan pays attention to all residents of the region as well as visiting tourists. The region has many values which are unknown to many and approaching the region is also problematic. The vice chairman stated that the cycle path connecting Štúrovo, Chl’aba, Ipolydamásd and Letkés that is the result of another cross-border project will serve to eliminate this problem.

The central element of the action plan is the creation of new jobs. The new social institutions on both sides of the border will require a sufficient quality and quantity workforce. To achieve this a 310-hour social care course began under the RE-START action plan. The accredited course will provide 120 people with the necessary social care qualifications to be employed in these social institutions.

The vice chairman stated that outside of expanding employment opportunities, new recreational activities for the older generation will are also in plans. The Country House in Salka is being expanded in a traditional architectural style with rooms that ensure the maintenance of tradition and the presentation of trades of the past.

In the second half of the project’s time line after the Country House in Salka, the community and educational center in Ipolydamásd, as well as the Swallow House (Fecskeház) in Bernecebaráti is built, community building events will be planed according to the action plan with the help of the new social institutions.